Few vehicle lines have as much history, nostalgia, and pedigree as the BMW 3 series. It’s an iconic vehicle line that seems to produce top-notch vehicles every year and they’re constantly innovating to keep improving.

But with the first BMW 3 series rolling off the German production line in 1975 it’s gone through quite a few changes throughout the years. That’s why we wanted to come up with this guide to walk you through everything you need to know about the BMW 3 series.

Whether you’re interested in getting behind the wheel yourself or just want a little more information on this iconic brand, you’ve come to the right place.

If you’re interested in the BMW 3 series, the first thing you need to figure out is what generation you’re looking at. With seven different generations and dozens of engine options through the years, there’s a ton of variety in the 3 series.

To help you better understand what’s out there, we broke down each generation for you here and highlighted some of the different features they offer.

Everyone starts somewhere, and for the iconic BMW 3 series, it was in 1975 with the E21. Today it has a classic feel about it, but it’s certainly a more barebones option compared to modern BMWs.

It features a two-door sedan body style in just about every E21, and the original E21s had three different engine options, all four cylinders. There’s a 1.6L, a 1.8L, and a 2.0L, and in 1977 BMW introduced an inline 6-cylinder engine to the lineup.

Throughout the years there were eight different engine options you could get with the E21, making it a real challenge to figure out what’s under the hood unless you know what you’re looking at.

It’s not the most iconic car out there, but we’d enjoy getting behind the wheel of a classic E21 no matter what’s under the hood.

In 1982 BMW decided that their 3-series needed more than just a facelift, and the results are stunning. It was the first BMW 3 series to offer a four-door design in addition to the traditional two-door body style. It was also the first time BMW offered an all-wheel-drive system with the 3-series.

Right out of the gate BMW offered both a four-cylinder and a six-cylinder gasoline engine, but it also introduced a diesel engine option for the first time.

The performance specs on the E30 vary wildly depending on the engine model and year you go with. The least powerful option produces just 89 horsepower at 5,500 rpm, and it belongs to the 316 models BMW made from 1982 to 1987.

But their final iteration of the E30 was the M3 Sport Evo, and that engine produced an impressive 235 horsepower at 7,000 rpm. It’s a big gap, and it just goes to show how much BMW was looking to improve the 3 series year after year.

BMW had tweaked the E30 so much from 1982 to 1991 that it made perfect sense for them to start a new line. In 1991 they did just that with the E36. The E36 features more body styles, including a four-door sedan, a coupe, convertible, wagon, hatchback, and even a four-door convertible in later model years.

While the E36 was a huge hit, interestingly enough it didn’t have an option for all-wheel-drive. That’s a feature that’s available in both the E30 and the E46, but they didn’t include it for the E36 model years.

Just like with previous generations, BMW made a ton of tweaks to the engine options throughout the years and offered a wide range of performance ranges.

While the E46 clearly has a different exterior and interior appearance compared to the E36, in many ways BMW didn’t change a ton between the two models. It features a more rigid shell and there were some quality improvements throughout, but it also ended up weighing 121 pounds more than the E30.

It’s also one of the first models that started using more electronic integration throughout. That includes the introduction of the CAN bus and the K-bus communication systems for the electronics.

While it’s an incredible innovation for BMW, if you’re looking to install tons of aftermarket parts or even complete a full-blown engine swap, it makes everything a bit harder.

The E90 is when the “modern” BMW 3 series really started to take root. It was the first time BMW introduced its run-flat tires to the BMW. These models allow you to travel up to 50 miles with a flat but they don’t come with a spare tire.

Compared to previous models, the E90 is also a bit larger, with a longer wheelbase and wider tracks. Of course, this also translates to a roomier interior which gives you a more luxurious feel while driving it around.

In 2012 BMW rapidly mixed things up with the BMW 3 series. For starters, they split the 3 series in half. Sedan and wagon body styles remained with the iconic 3 series name, but coupes and convertibles created a new line called the 4 series. 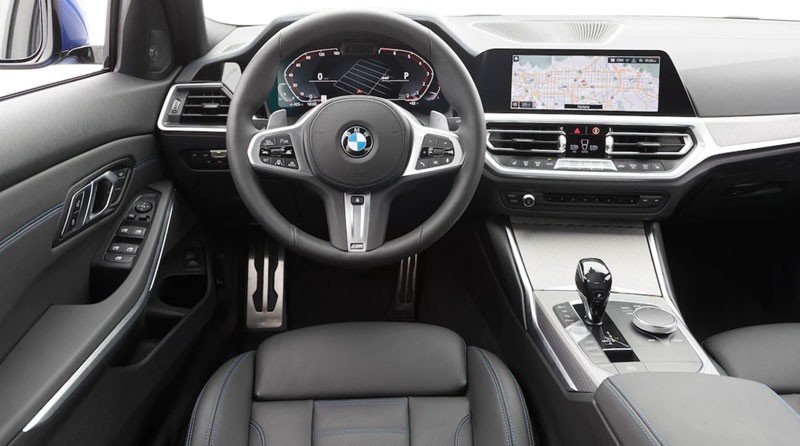 Other unique features include the first 3-cylinder engine which they released in 2015 and the first plug-in hybrid option for the 3 series line.

There’s even more interior space with the F30 compared to previous model years and there are far more modern technologies than previous models.

Just like BMW split the F30 line into a 3 series and 4 series BMW, with the G20 they broke it down even further. The Gran Coupe left the 3 series lineup with BMW transferring it over to the 4 series side of things.

That leaves the sedan and wagon body styles as the only “3 series” BMWs left in the newest generation. In addition to the exterior and interior overhaul, BMW also moved its US production facilities from South Africa to Mexico.

The G20 has all the newest technological features you can find in a BMW, of course, it still comes down to the trim level you choose.

Chances are if you’re shopping for a used BMW 3-series today you’re looking at either the E90 or F30 production line. They’re simply the most populous vehicles on the road and they come with more of the advanced features modern drivers want.

That’s why we wanted to highlight some of the biggest differences between the E90 and the F30 to help you make your decision about what BMW 3-series you want.

There are tons of information out there about these two vehicles, but we’re going to give you a quick rundown of what most drivers of both vehicles are saying.

First, there’s no doubt that the F30 has more technological features than the E90. It’s a newer generation and this comes with newer technologies – but you’ll still need to keep the trim level in mind.

Second, the F30 is easier to work on and it has a sportier-looking exterior – both great perks for the average driver.

However, most people prefer the build quality of the E90. Additionally, the E90 feels more like a sports car with a stiffer suspension and handling system.

The truth is that both are great cars though, and the only real way to decide which one you like more is to get behind the wheel of both!

Now that you know a little more about the BMW 3-series, it’s up to you to decide what you’re looking for and get behind the wheel. No matter what generation you decide to go with, we’re confident that with the iconic style and feel it’s going to be a vehicle that you love.

Are you interested in a BMW 3 series, or do you need help tracking one down? The friendly experts at Tim’s Truck would love to help you out! They’ll do all the work to get you behind the wheel of the BMW 3 series you’re dreaming of, so reach out to them today!