Cadillac has always been synonymous with sophistication and luxury. Yet with the CTS, Cadillac raised its profile and provided the best of the best, competing with some of the top, luxury car makers. The Cadillac CTS was designed as an executive car – fit for carrying around CEOs, vice presidents, and other top brass of small and large companies alike. The mid-size sedan was stylish and elegant, and it was loaded with some of the best features of its time.

The first generation of the Cadillac CTS was released not that long ago, so you can still get great deals on a classy automobile that still rivals some of the luxury vehicles being released today. Three generations of the Cadillac CTS were released in total, from 2003 to 2019, so you have plenty of options to find the perfect configuration to fit your needs and your budget. By shopping previously owned models, you have the advantage of finding models with the best features of the nameplate, as well as saving a lot of money in the process.

Here’s a closer look at some of the features you might find on a previously owned Cadillac CTS, by the generation in which it was released:

The first Cadillac CTS was introduced for the 2003 model year. Initially, the Cadillac CTS was built on the GM Sigma platform, and it was available only as a four-door sedan. Some more options would become available in the second generation, but the CTS would go back to its roots in its final generation. 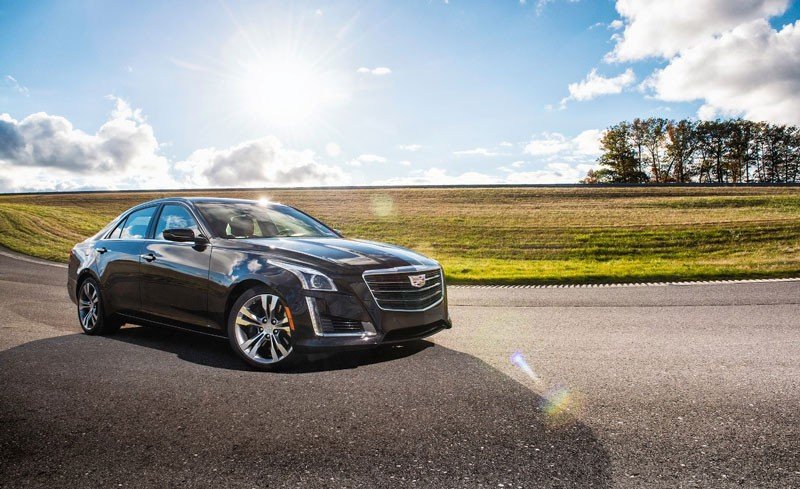 The exterior of the first CTS was designed by Wayne Cherry and Kip Wasenko, and it featured the design language that was first introduced on the Evoq concept car. The CTS had a thick but sleek body, giving it a notable presence. The body was all interesting and unique angles, combine a geometric design with aerodynamic styling. The Cadillac CTS featured echoes of Cadillac’s trademark designs, but it also looked like nothing else on the market.

Over the rest of the first generation, the Cadillac CTS became more powerful. It got a few engine upgrades, including a 3.6-liter DOHC V6 engine that put out 255 horsepower and 252 lb-ft of torque and a 2.8-liter DOHC V6. The 3.6-liter V6 had variable valve timing, and it was offered as an option in 2004. The original 3.2-liter V6 went out of production in 2005 and was replaced by the smaller, 2.8-liter V6.

For the final years of the first generation, from 2004 to 2007, Cadillac offered a high-performance CTS-V option that was designed to compete with other luxury vehicles like the Audi S4/S6 or the Mercedes-Benz C and E classes. The first CTS-V came with a 5.7-liter LS6 V8 engine that put out 400 horsepower and 395 lb-ft of torque. The engine was paired with a six-speed T56 manual transmission that had a skip-shift feature designed to conserve fuel. Other performance upgrades on the CTS-V included a suspension system with higher spring rates and stiffer anti-roll bars and Brembo brakes with four-piston calipers in the front and rear. The CTS-V also had a unique front and rear end design, as well as special badging throughout.

In 2006, the CTS-V got an upgraded engine – a 6.0-liter LS2 V8, which had the same horsepower and torque as the original engine.

The new generation of the CTS got a bit of a facelift, with a wider and longer body and some subtle design changes. The CTS also got a bit bulkier, with a more imposing presence befitting its stature. The grille was taller, the headlights were slimmer, the side air extractor vents were moved to be in front of the front doors, and nine-spoke 18-inch wheels were added. A few more changes were made in the 2012 model year, including a front grille with higher quality materials and a few adjustments to the Cadillac logo to make it stand out more.

In 2010, the base engine was changed again to a 3.0-liter VVT V6 that put out 270 horsepower and 224 lb-ft of torque. A six-speed manual transmission came standard on all second-generation models of the CTS, but a six-speed Hydra-matic automatic transmission was offered as an option.

Some of the features that were included on second-generation models of the Cadillac CTS included tire-pressure monitoring, navigation with real-time traffic reports, a Bose premium audio system with surround sound, swiveling headlights, remote start, and a 40 GB hard drive for storing music. 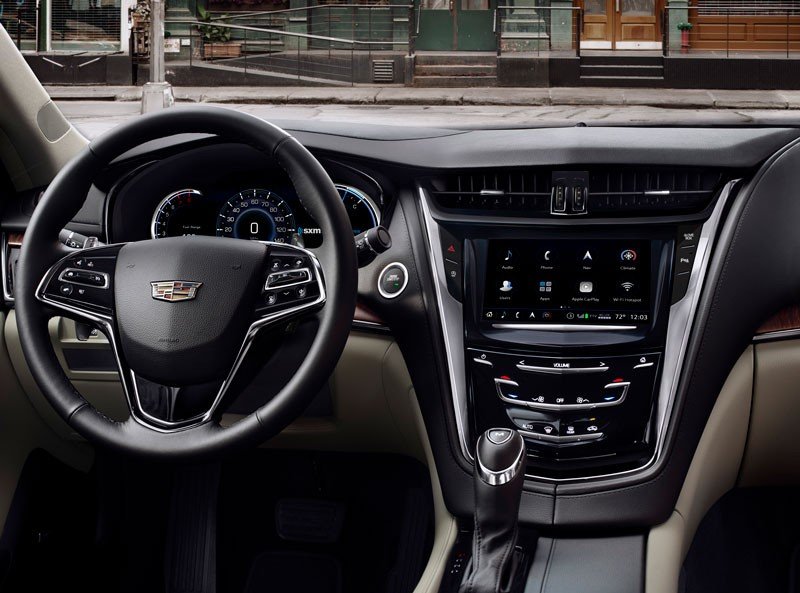 The CTS-V was back for the second generation, through 2014. It was built on GM’s Sigma II platform, and it featured performance enhancements such as coil springs for the front and rear suspension, dampers that are adjusted based on sensor readings, larger brakes, and speed-sensing hydraulic-assist rack-and-pinion steering. Car and Driver named the 2009 CTS-V one of its 10 Best Cars.

The engine on the second generation of the CTS-V was a 2.6-liter LSA V8 that put out 556 horsepower and 551 lb-ft of torque. It was a pushrod engine, rather than the customary dual overhead camshaft engine used in luxury vehicles.

A CTS-V sedan was introduced in 2009. It included luxury features like leather seats, a navigation system, 14-way adjustable seats, a sunroof, polished wheels, LED lights to tell drivers when to shift, and 19-inch aluminum alloy wheels. Both a coupe and sport wagon were also available for the CTS-V.

The third and final generation of the Cadillac CTS premiered for the 2014 model year, and it was available only as a sedan. It was built on a stretched version of the GM Alpha platform, giving it a slightly larger size. The CTS had a more streamlined look, with a slimmer profile overall. All the details seemed to be pared down and slightly stretched.

The third generation was introduced with a 2.0-liter turbocharged Inline4 engine, as well as a 3.6-liter V6 engine. A twin turbocharged V6 that put out 420 horsepower and 430 lb-ft of torque came with the CTS Vsport, which was offered as a special trim.

The debut CTS from the third generation was named the 2014 Car of the Year by Motor Trend magazine. The CTS was praised for its deft performance and its reliability. A Car and Driver review from that year also lauded the CTS.

Both the CTS and the CTS-V were discontinued after the third generation. They were succeeded by the Cadillac CT5 and the CT5 V.

There were 16 years of exceptional Cadillac CTS models, and you can find many of them at previously owned car dealerships, like Tim’s Truck Capital. You have the ability to find the very best configurations of the CTS and the CTS-V to get the exact features that you need and want. By shopping for previously owned CTS models, you also get the chance to own a luxury vehicle without spending as much money.

The knowledgeable associates at Tim’s Truck Capital are ready to help you learn about what each of our Cadillac CTS models have to offer and how they can meet your needs. You can take a test drive to get a feel for how deftly these luxury vehicles perform and how fun they are to drive. You can try out the different features and get a feel for how comfortable they are. Visit us today to learn about what Cadillac CTS models we have available and to start searching for your perfect car. Our finance specialists will also work with you to find the right terms for your budget. We’re ready to help you drive home in a new Cadillac CTS today.