But over the years the truck has changed quite a bit, and it’s all something you need to be aware of when you’re checking out what’s out there. That’s why we came up with this guide to walk you through everything the Chevy Silverado 2500HD has to offer, generation after generation.

It was the start of the Chevy Silverado 2500HD, and from these humble beginnings, the rest of the Silverado 2500HD lineup blossomed. It has a classic early 2000s/1990’s truck appearance, and it’s still an iconic look to this day.

While most trucks from this time frame have higher mileage on them, considering they had a turbo-diesel option many are still on the road today.

The standard engine at this point was a 353-horsepower V8 engine. They also had the option for a 365-horsepower turbo diesel. They worked with an automatic six-speed transmission, and they were more than capable of getting the job done.

Depending on the model year, engine, and package options you choose, the first-generation Silverado 2500HD could tow anywhere between 9,700 and 12,000 pounds. There are no slackers at the ¾ ton weight class, and the early year Silverado 2500s are no exception.

While the safety features on the early Silverado 2500HDs might seem commonplace now, they were state of the are then. Those safety features include ABS brakes, a front airbag system, and an equipped security system.

The NHTSA didn’t complete side-impact tests at this point, but they did average four-star safety ratings throughout the years on their front impact collisions.

In 2007 Chevy completed their first major refresh of the Silverado 2500HD. While they don’t have the signature appearance of modern trucks, they start to have more of that sleek and sporty appearance. The suspensions seem to sit a bit higher, and everything loses a bit of its edge.

There are plenty of second-generation Silverado 2500HD vehicles still on the road today – especially from the later years.

While Chevy overhauled the appearance of their Silverado 2500HD in 2007, one thing they didn’t touch was the powertrain. The standard engine is the same V8 6.0L engine that pushes 353-horsepower, and they have the option to upgrade to the same 6.6L turbo-diesel that pushes 365 horsepower.

But while the 2007 and 2008 models used the same engine, in 2009 they switched to their Vortec engine. It’s another 6.0L V8 engine, but this one pushes 360 horsepower. Meanwhile, the diesel engine option switched the same year to their 6.6L Duramax.

Throughout these years Chevy continued to push more and more engine options while tweaking those they already had in place.

While Chevy continued to tweak the engines year after year, one thing that stayed relatively steady was the overall towing capacity. From this time you can expect a Silverado 2500HD to tow anywhere between 9,300 and 16,700 pounds depending on the engine package and configuration you have.

The diesel options tend to pull more, but you still need to purchase all the necessary tow packages to truly make use of these higher ratings.

While there still isn’t state-of-the-art safety equipment in the second generation 2500HD, they do offer more than you could find in the first generation. They still have ABS brakes, front airbags, and a security system, and they also feature stability control.

Furthermore, you can find some features like backup cameras in the newest second-generation Silverado’s if the original owner opted for a premium package. 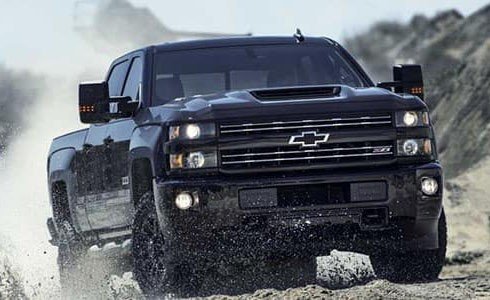 The modern appearance combines the sleek edges with the classic boxy appearance of older trucks. And while the new look is undoubtedly controversial, love it or hate it, it’s taken the truck world by storm.

While there are tons of engine options in these model years, the baseline engine that’s the most popular is the 6L V8 that pushes 360 horsepower. What really sets this engine apart from older models though is the ability to run on compressed natural gas if you need it to.

And if you’re looking for a more powerful option Chevy offers a 6.6L V8 that pushes 397 horsepower and has an impressive 765 lb-ft of torque. And of course, you need to have a diesel option thrown in the mix, and Chevy doesn’t disappoint. They pair it with a special Allison transmission, making it one of the best choices on the market.

With trucks, it’s all about the towing. And even if you don’t love the appearance of the redesigned Chevy Silverado 2500HD, you can’t deny that it still has the performance specs.

Depending on your configuration it can tow between 13,000 and 17,800 pounds, meaning that this modern truck can pull old-school loads farther than ever. There are tons of trim packages to choose from, so if you’re looking for the simple work truck design, they can still accommodate.

If the 2014 refresh of the Chevy Silverado 2500HD was controversial, the 2020 refresh was cataclysmic. The entire exterior takes a sharp turn from the Silverado’s of old, and the 2500HD has a unique appearance that makes it a distinctly different-looking truck than the 1500.

Chevy overhauled the grill, hood, doors, mirrors, and just about every other physical appearance on the exterior of this truck. While we love the new look, it can take a little getting used to if you prefer the more old-school appearance.

Not only did Chevy completely overhaul the exterior of this truck, but when you look under the hood, there’s a brand-new engine there too. The 6.0L engine option is no more, and now the only gas engine option is a completely redesigned 6.6L, 401 horsepower V8.

Not only does it produce a ton of horsepower, but at 464 lb-ft of torque it’s no slouch there either. The new engine is far more powerful and a clear upgrade from the 2019 6.0L V8. You also have the option for a 6.6L Duramax Diesel V8 that produces 445 horsepower and a whopping 910 lb-ft of torque.

With new engines comes new towing specs, and it’s another clear upgrade. The minimum towing capacity for the Silverado 2500HD is 14,500-pounds, but with the right configuration that number can easily hit 18,600-pounds. 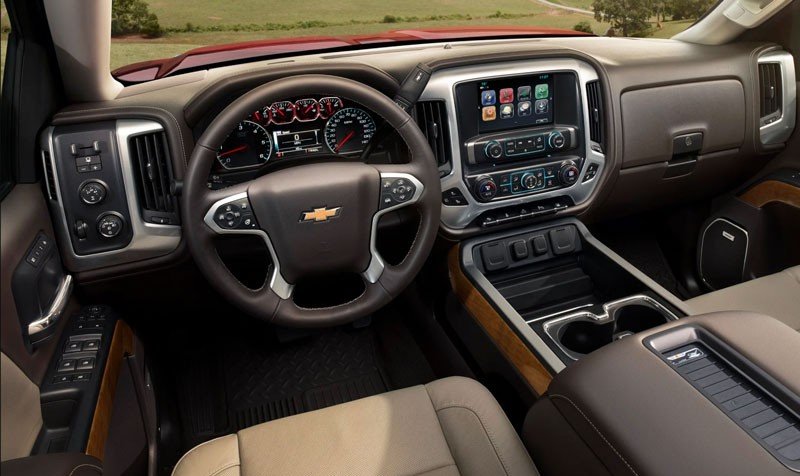 While the previous generation Chevy Silverado 2500HD’s had pretty much all the same safety features as the most recent 2500HD, the difference is the number of trucks that have them. While almost every feature was an optional upgrade in years past, in the 2022 Chevy Silverado they almost all come standard.

Standard safety features in the 2022 Chevy Silverado 2500HD include:

And while they all come standard, there are plenty of other optional safety features you can add on. Features like the advanced trailering system, trailer side blind zone alert, adaptive cruise control, and super cruise are pushing new safety innovations to the forefront.

With so many great options out there, there’s no reason a Silverado 2500HD can’t be the next truck you pull off the lot. They’ve done a great job at keeping up with all the newest innovations throughout the years, so no matter what you’re looking for, they have an option for you!