Long, long before the market started to overpopulate with third-row SUVs, the Chevy Suburban has been providing a roomy ride for families of all sizes, workers, and more. The Suburban has had an astounding history, offering families more space for nearly 100 years! The first generation of the Suburban was designed as a station wagon built on a truck. It was created for the National Guard and the Civilian Conservation Corps, and it could seat up to eight people. It was then marketed to consumers as a “carry all” vehicle – designed to carry the entire family and all their gear.

Not much has changed in the intent behind the Suburban, but a lot has changed in its design and features over its long history. If you want to enjoy the most cutting-edge features that the Suburban has to offer, an exciting new model is available now. However, if you want to find a configuration that is suited for your needs while also taking advantage of cost savings, you can shop from some of the many previously owned models available on the market. The Chevy Suburban has a reputation for reliable performance and longevity, so you can trust that buying a previously owned model will give you the same quality as buying new.

Here’s a look at what you can expect to find in some of the Chevy Suburban models by recent generations:

When shopping for previously owned models of the Chevrolet Suburban, some of the oldest models you are likely to encounter will be from the tenth generation (though there are still older models on the secondary market that are providing great performance – these SUVs are that good). It’s in this generation that you’ll start to see what you would recognize as a more modern aesthetic. Styling took on some rounder edges and smoother lines than the previous boxy design. The changes resulted in a slightly more aerodynamic shape to help with performance and fuel efficiency. 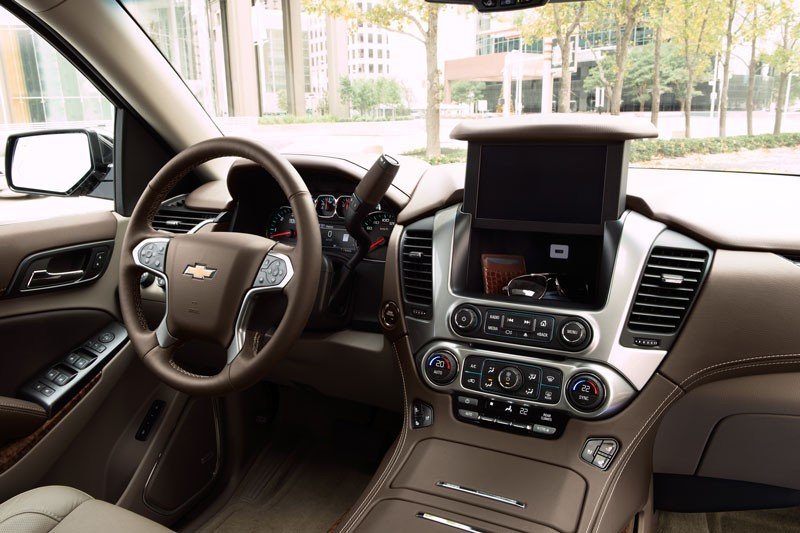 The tenth generation of the Silverado received some design updates inside and out. The interior got updates including a new dashboard and seating. The Suburban continued to be able to seat nine people, but some trims were offered in configurations to seat six, seven, or eight passengers. Leather seating was also available on certain trim levels, as well as upgraded features like a DVD player, GPS navigation, or a touchscreen radio.

The Suburban added many features during this generation that were cutting-edge at the time. For example, a premium interior package added for the 2010 model include tri-zone climate control, rear audio controls, and Bluetooth streaming. Blind spot monitoring was introduced as an option, as well.

The engine options for the initial models in this generation were a 5.3-liter, a 6.0-liter, and a 6.2-liter Vortec V8.

Over the course of this generation, many upgrades and changes were made. New exterior colors were added in 2011 and 2013. Advanced features like the hill start assist, trailer sway control, and trailer brake controller became standard on all trims. Rear vision camera, remote vehicle start system, rear parking asst, power-adjustable pedals, and more became standard on upper levels. The Suburban also reached a towing capacity of 9,600 pounds in this generation, becoming one of the best 4x4 SUVs on the market at the time.

The tenth generation of the Suburban continued on a tradition of excellence and set the stage for the advanced features and styling we have come to expect from this exceptional SUV. It won several awards, including being named one of the top-ranked large affordable SUVs by U.S. News and World Report in February 2014 (it was second only to the Tahoe) and being named one of the top large SUVs by JD Power and Associates in July 2014.

The Chevy Suburban took on a sleeker, more sophisticated look with the introduction of the 11th generation models. The Suburban models from this time period had smooth, sculpted bodies with big features that gave it an authoritative look. If you saw one of these Suburbans passing you on the street, you might expect it to be carrying a diplomat or some other MVP.

Some of the design updates on this generation included inlaid doors that tucked into the door sills, creating a sleek look while also improving the aerodynamics for better fuel efficiency and lower cabin noise. Projector beam headlamps were added to flank the chrome grille, which was standard on all models. The upper trims included light-emitting diode daytime running lights. The Suburban also got aluminum hood and liftgate panels to reduce its overall weight. It gained two inches in length and one inch in width, but it got two inches shorter.

Some new interior features with this generation included the addition of a fold-flat second row (or third row), numerous USB ports and power outlets, and HD radio. The fold-flat seating replaced pull-out seats, and power folding seats were an option. Some other optional features in upper trims or packages included a color touchscreen radio, rear seat entertainment, and OnStar connectivity with LTE WiFi access.

A 5.3-liter direct-injected EcoTec3 V8 engine was introduced, which also helped to improve fuel economy. Stats on the incoming model for this generation were 16 mpg in the city and 23 mpg on the highway, for a combined fuel efficiency of 18 mpg. (Numbers were only slightly lower for all-wheel drive.)

The Suburban got a lot of improved safety features with this generation, as well. Some features included a 360-degree radar detection to help drivers avoid different kinds of crashes, as well as an anti-theft system with vertical and interior sensors. The anti-theft system also included glass break detection and an emergency shutdown system.

What made this generation of the Chevy Suburban so exciting is that each year, the model got some kind of upgrade, whether that was for styling updates or for adding new features. In 2015, the model got a mid-year update that included a new paint color (Brownstone Metallic), a new 8L90E eight-speed automatic transmission, and a body color Shark Fin antenna. WiFi and Siri became standard features for the LT and LTZ trim levels, and MyLink with navigation became standard for the LTZ trim. 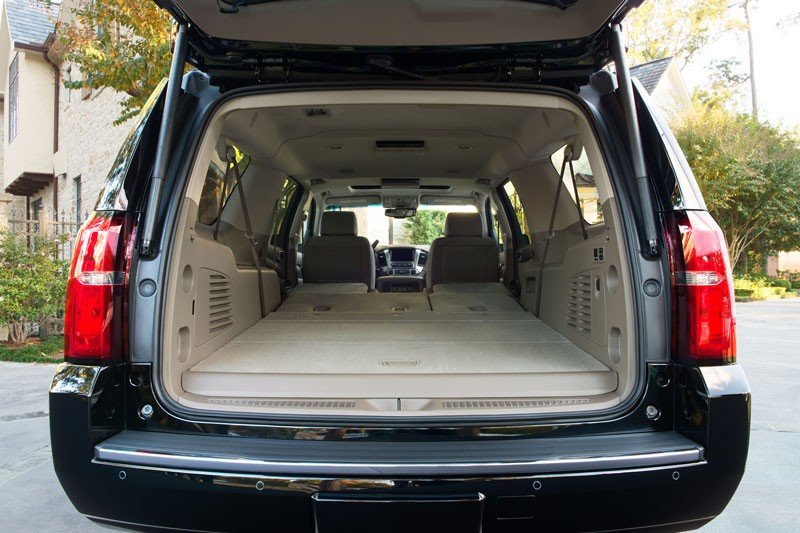 In 2016, the Suburban was updated again with forward collision alert, lane keep assist, a safety alert seat, IntelliBeam headlamps, and power-adjustable brake pedals. All of these features were part of a new driver alert package that was available on all trims, but was optional for the LS. An 8-inch display became standard, as well as a new radio that was integrated with HD radio, Sirius XM, and CD/MP3. Other updates included a capless fuel tank, a reconfigured instrument cluster, and capability for Apple CarPlay and Android Auto.

In 2018, LED daytime running lights were added as a standard feature, and two new colors were introduced. The commercial level trim was also upgraded to include some of the basic entertainment features, like a multi-color driver information center, HD radio, and MyLink.

The 2019 models didn’t see many changes. Two color options were dropped and one added (Shadow Gray Metallic), and the Premier trim level was updated with its name on the tailgate.

In the last model year of this generation, the Chevy Suburban dropped its LT Signature Package and LS All-Season Package, and it eliminated the Pepperdust Metallic color option. No big features were introduced, and no design updates were made.

Overall, the 11th generation of the Chevy Suburban was well-received, and it won many accolades. U.S. News & World Report named the 2015 model third on its list of most affordable SUVs and fifth on its list of most affordable SUVs with third-row seating. It was named a finalist in Motor Trend’s SUV of the Year. Good Housekeeping named the 2018 model the Best New Car of the Year in the Large SUV category.

The Suburban even received its own star on the Hollywood Walk of Fame in 2019.

Choosing the Right Suburban for You

With its long and storied history, the Suburban has plenty to offer those looking for a quality, previously owned vehicle. You have many years of excellent models to choose from, and the knowledgeable associates at Tim’s Truck Capital are ready to help you find the perfect one to match your needs, your preferences, and your budget. Visit us today to explore the options we have available and to take a test drive. You’ll love the way the Suburban handles, and you’ll love what it has to offer for your family or your work crew. We’ll help you find the perfect configuration, and then we’ll work with you to find the financing that works for your budget. Visit us today to get started!