There’s no doubt that the Ford Super Duty F-250 SRW XL is an outstanding truck regarding sheer performance numbers. But the truth is that there are quite a few variations of this truck throughout the years.

Because there are some pretty big differences between a 2000 F-250 XL and a 2020 F-250 XL, we came up with this guide to break down everything you need to know about these trucks.

Ford released their Super Duty line in 1999, and they ran with their first generation until 2007. They did have a facelift in 2005 that changed some of the exterior appearances and made some mechanical upgrades.

The first-generation Super Duty F-250 had four different engine options to pick from, but over the years they tweaked the engines some leading to different performance specs. Below we’ve highlighted the different horsepower and torque numbers you get with each engine option.

If you’re getting a truck, it’s probably because you want to haul or tow something. This chart will break down everything you can do with a single rear wheel axle first-generation Ford F-250 Super Duty. 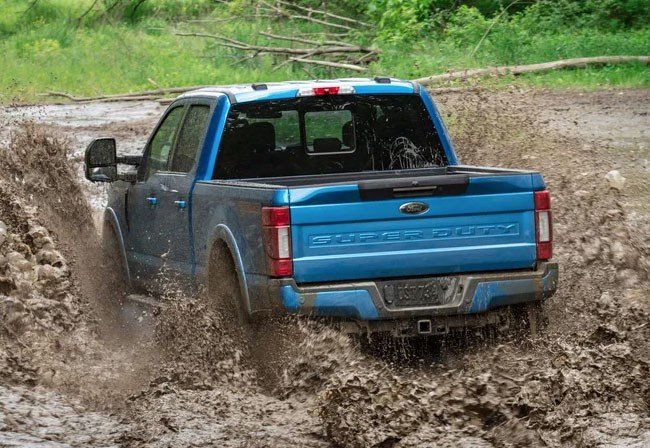 It’s a bare-bones truck, but it’ll get the job done for you with its impressive performance specs.

They didn’t make the second-generation Ford Super Duty F-250 for long, but there are some significant differences that they implemented for these model years. They added an all-new 6.4L diesel PowerStroke engine and completely redesigned the interior of this truck.

For the XL trim package that means an enhanced instrument cluster, a new steering wheel, and upgraded door panels and seat trim.

While it’s a new generation truck, Ford only introduced one new engine option for the F-250 Super Duty. Both the Triton 5.4L and 6.8L came back and they featured the exact same performance specs.

The towing specs for both gasoline engines remain the same as mentioned in the charts above. The new 6.4L PowerStroke engine has a GCWR between 23,000 and 23,500 pounds depending on the configuration, and no matter the configuration the towing capacity tops out at 12,500 pounds.

It’s not a significant jump compared to previous engine options, but that’s only because we’re only reviewing the single rear axle models here.

The XL trim level is still the base level option for the second-generation F-250 Super Duty, and it doesn’t come standard with many features. Air conditioning and an automatic transmission are still optional upgrades at this trim level.

You do get a 2-speaker stereo system standard but even the windows and locks are still manual at this trim level.

In 2011 Ford redesigned the F-250 again, and it was with this redesign that it really started to look like a “modern” truck. But while they did a lot of great things with the appearance, it’s the upgraded performance specs that really help set this truck apart.

While the third-generation Ford Super Duty technically has three different engine options, the Triton 6.8L V10 option that was available with previous generations is only available on the F-450 and the F-550.

However, Ford designed their own 6.2L Ford Boss V8 engine that now comes standard, and they have a 6.7L PowerStroke engine as their diesel option. However, or the 2015 and 2016 model years they redesigned that engine and upped the performance specs.

We’ve highlighted both engines and their performance specs here:

With two new engine options available for the Ford F-250 Super Duty, it’s no surprise that the towing specs have changed some. They’re all more powerful options giving you the ability to tow more no matter what level you go with.

While the XL Trim level is still a “work truck” level trim package, with the third generation a few more things start to come standard. Air conditioning, an automatic transmission, a trailer brake controller, and even a malfunction message center all come standard with the third-generation Ford F-250 Super Duty XL. 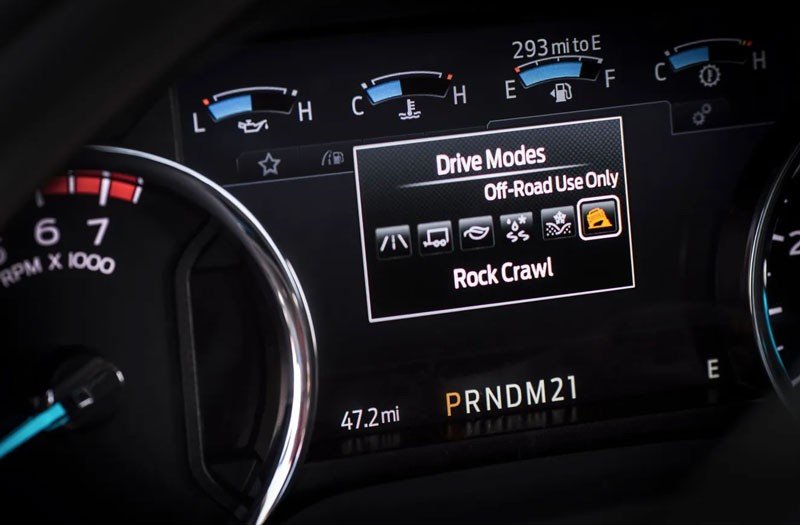 You still only have a 2-speaker stereo system, manual windows, and manual locks though. It’s not a luxury truck, but the performance specs are phenomenal.

This generation uses the same cab as the F-150 line, but that doesn’t affect the performance specs and makes it a little more comfortable inside the truck.

When Ford first released the fourth generation the engine options were pretty much the same as they were with the third generation. However, in 2018 they upgraded the 6.7L engine. In 2020 they refreshed it again, and they also released a brand-new engine – the 7.3L Godzilla V8.

All the performance specs for each engine option through the years are here:

If you’re looking for the F-250 Super Duty with the highest towing specs, you’ll want the fourth generation. They all have impressive towing numbers regardless of the engine option you go with, but there’s no doubt that the 6.7L diesel PowerStroke has a bit of an edge.

Once again, the XL trim level is the base model package, but with the fourth generation, it’s not as “bare-bones” as they were in years past. Air conditioning, steering wheel audio controls, automatic windows, and even a rear-view camera come standard.

If you still have questions about the Ford F-250 Super Duty SRW XL Trim, feel free to reach out to the experts at Tim’s Truck. Not only will they answer any questions you might have, but they’ll help you get behind the wheel of your own F-250 if that’s what you want!