The Hyundai Tucson has had a relatively short history compared to some other vehicles – it was first introduced in 2004 – but it has already made a huge impact in the market. The subcompact crossover is one of Hyundai’s most popular models, selling more than any of its other SUVs. Though it is named after the city in Arizona, it is made by a Korean manufacturer, and it is just as popular in Europe as it is in the United States.

During its second generation, the Tucson was known as the Hyundai ix35 in some markets. Despite its name change in some areas, the Tucson retains many of the features, the design elements, and the capabilities that have made it so popular. Here’s a closer look at what the Hyundai Tucson has had to offer through each of its three generations:

Hyundai introduced the first Tucson in response to a growing need in the marketplace for a smaller SUV. Not all buyers wanted oversize SUVs like the Ford Explorer or the Chevy Suburban. Some wanted smaller SUVs that would give more leg room and cargo space than a sedan but that would handle like one. Many buyers didn’t want to manage a huge, cumbersome SUV, nor did they want to keep up with the costs of keeping it fueled. The Tucson was created to meet that demand.

The early Tucsons, which can still be purchased on the secondhand market and still have life left in them, were small yet stylish and sporty without showing off. They were fun to drive, and they provided comfortable seating and plenty of space.

The first generation of the Hyundai Tucson featured powertrains that provided up to 173 horsepower, depending on the model and engine choice. The engines were paired with four-speed automatic transmission or five- or six-speed manual transmissions. With these options, drivers enjoyed reliable and peppy performance, often more powerful than what they would find in rival SUVs. 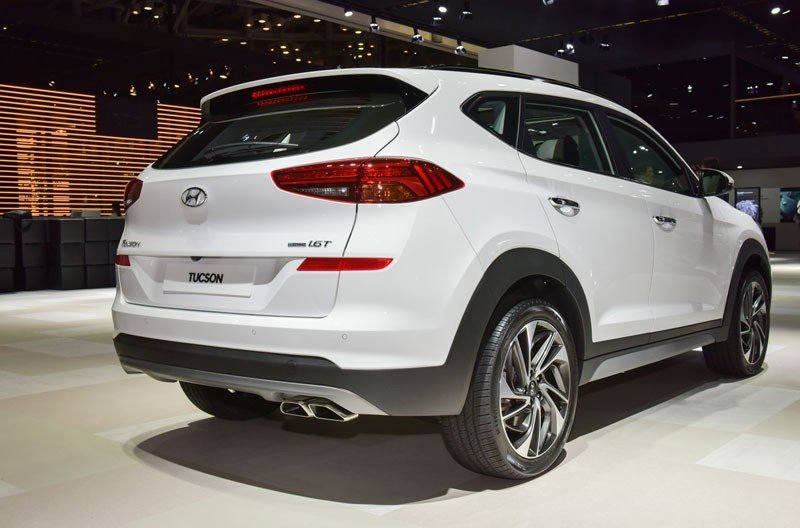 The Tucson got top safety marks right out of the gate. The earliest models received five-star safety ratings across the board, and those ratings were partially due to their great safety features. Some of the early side features included torso side-impact airbags built into the front seats, dual-stage front impact airbags, and curtain airbags for the front and rear seats. Other safety features included traction and stability control, a front windshield wiper de-icing grid, and fog lights.

Right from the beginning, the Hyundai Tucson offered features that made driving more fun. Some of the early features on the base models included remote keyless entry, a premium sound system, a CD player, premium cloth seating, and optional leather upholstery. Even more features were available on higher level trims or in options packages, such as heated seats and a six-disc CD changer. The Tucson also came with seats that folded flat for easy extra cargo space.

Hyundai upgraded a lot for the second generation of the Tucson. The sporty SUV got an updated design to suit the times, it came with a more comfortable interior, and it got a more fuel-efficient powertrain.

One of the biggest changes for the second generation of the Hyundai Tucson was the introduction of the more efficient 2.0-liter engine. The new engine was paired with a five-speed manual transmission or six-speed automatic transmission. The smaller engine had a slight drop in horsepower, but it saved up to 20 percent on fuel. A more powerful engine was still available for those who wanted the extra power and who didn’t mind the extra fuel consumption.

Hyundai beefed up the safety features on the Tucson in the second generation. Some additional features included Hill Start Assist Control, Downhill Brake Control, and some hands-free features to keep eyes and focus on the road. A proximity key was also introduced, which was a safety feature as well as a convenience feature since it gave drivers the option to gain quick access to the vehicle in an emergency.

Several new comfort and convenience features were introduced for the second generation of the Hyundai Tucson. To start, all models got a new iPod interface system allowing for streaming of the device to play music. Bluetooth phone connectivity was also introduced, as were steering wheel-mounted controls, an updated gauge cluster, and push button start. Many more features were available as options, including electrochromatic mirrors with Homelink and heated seats.

Hyundai dumped the ix35 name and went back to basics, embracing the Tucson name across all markets in the third generation of the popular SUV. The new Tucson was a little longer and a little wider than its predecessor, which not only gave it a more stable footprint for enhanced handling, but also gave it a little more room inside for passenger comfort and additional cargo space.

The Tucson also got a facelift for the third generation, introducing a sophisticated and sleek style that turned heads. Though the Tucson had always been a practical choice, thanks to its advanced safety features, reliable performance, and comfortable ride, its new design also projected a bit of glamour and luxury. A reshaped hood, a cascade grille, new rim designs, and a new LED headlight design were just a few of the many exciting changes for the Tucson’s exterior in the third generation. However, many of these changes came later in the generation, so you’ll see some variation between the model years.

Two engines were offered at the start of the third generation of the Hyundai Tucson: A 2.0-liter direct injection four-cylinder and a 1.6-liter turbocharged engine. Both offered great performance, but drivers had the option of choosing a more powerful drivetrain if they were after more speed or torque. The first engine option was paired with a six-speed automatic transmission, and the second with a seven-speed dual-clutch transmission. Both offered front- or all-wheel drive.

New safety features were also introduced with the third generation Tucson. Some new standard features included the Driver Attention Warning system, the Lane Keeping Assist system, and the Front Collision Avoidance Assist system. These features were offered across all trim levels, helping drivers to get more “eyes and ears” on the road to avoid accidents and injuries. 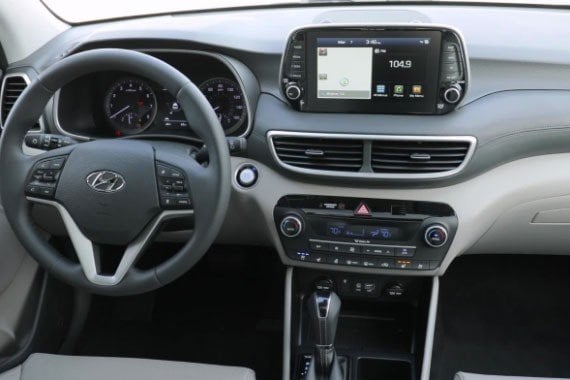 Several interior features were introduced with the third generation, but many of the significant changes were made with the major refresh near the end of the generation. The interior got a facelift along with the exterior, and it got upgraded with features like a high-mounted head unit display, a redesigned dashboard, and a premium infotainment system.

The Hyundai Tucson is in its fourth generation, and it is better than ever. The Tucson has a whole new style, and every inch of it exudes luxury. Words like “practical” or “affordable” aren’t likely to spring to mind when looking at it, but the Tucson remains both.

The new Tucson has a longer wheelbase, and it features upgrades throughout. The Smartstream engine is designed for both power and fuel-efficiency, and a plug-in hybrid version has been announced to be in development. The new option will likely be available in this generation, though it is unknown what model year.

Other upgrades to the new Tucson include a fully digital instrument panel, a four-point steering wheel, a hoodless gauge cluster, a vertically stacked touchscreen, and more cargo space.

We’re confident that the best is yet to come with the Tucson, as Hyundai continues to build on its successes and innovates more.

At Tim’s Truck Capital, we carry a large selection of Hyundai Tucson models from various years. You can shop from the best that the Hyundai Tucson has to offer, and you find the perfect configuration to fit your needs. By shopping previously owned Tucson models, you also get a chance to own an SUV with top-grade features without having to pay top dollar.

Visit us today, and our knowledgeable associates will help you find the perfect Tucson model to fit your personal needs and preferences. Then you can take a test drive to get a feel for how this fun SUV handles, and you can fall in love with its style, comfort, and performance. We’ll help you find the financing terms that best fit your budget so you can drive home with your Tucson when you’re ready. We’ll also be here to service your vehicle and help keep it in great condition for many years into the future. Visit us today to learn more about the Hyundai Tucson or to find another vehicle that best matches your needs.