There are great used SUVs, then there’s the Jeep Grand Cherokee. They combine off-road versatility with on-road comfort like no other vehicle on the road today.

But which Grand Cherokee is right for you, and should you consider buying one? We’ll break down everything you need to know about them here.

It’s a well-known fact that a vehicle loses value as soon as you drive a car off the lot. In fact, in the first year of ownership, a new car loses 20 to 30 percent of its value! 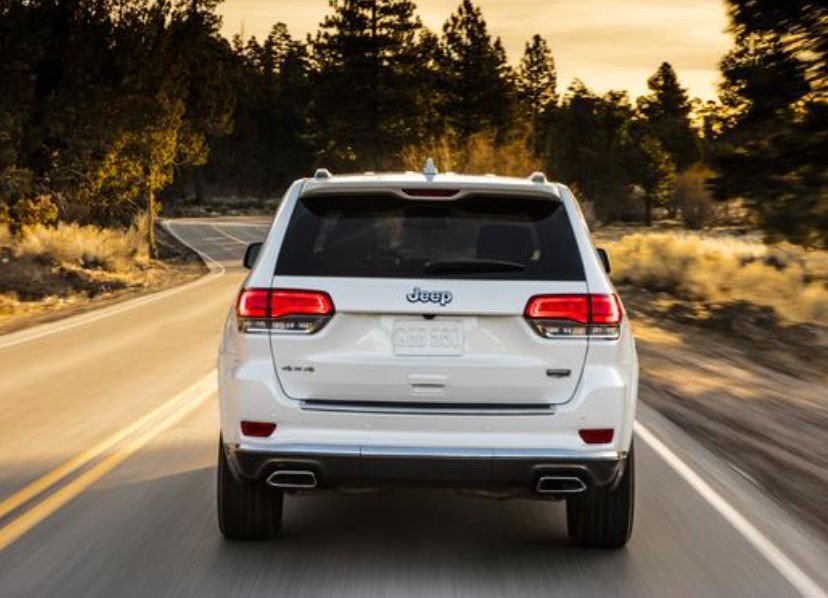 Considering the average new car can last up to 300,000 miles, how much time are you really losing with a five-year-old car compared to how much you’re saving?

Pre-owned cars can still carry warranties, which means you get the same peace of mind that a new car offers without spending new car prices. And when you’re shopping at a reputable used car dealership, they do a comprehensive vehicle inspection before adding any vehicle to their inventory, which means having an extra mechanic check it out.

While many vehicles only have a handful of engine options to choose from, with the Jeep Grand Cherokee, there’s no shortage of options. Whether you’re looking for something a little more affordable, a diesel, or an engine that transforms your Grand Cherokee into a race car, there’s an option for you.

We’ll break down each option here as well as their fuel efficiency and towing capacity. The Jeep Grand Cherokee might not be perfect, but there’s plenty of great options.

No matter what you’re trying to do, it starts with the engine. The Jeep Grand Cherokee has five main options to choose from. Those choices start with the 3.6L Pentastar V6 that comes with base model Grand Cherokees and tops out with either the 6.4L SRT V8 or the 6.2L Supercharged V8.

With so many options to choose from, it’s never been easier to find an SUV with performance specs that fit your lifestyle. To make it easy to compare each engine model we broke them down in the chart below.

While the Jeep Grand Cherokee has plenty of engine options with tons of performance, one area it clearly struggles is fuel efficiency. The 3.0L Diesel V6 does the best on average.
Meanwhile, the 6.2L Supercharged V8 does great for its class both in city and highway driving. The other engines fit in as follows:

As you can see, none of them are going to save you a ton of money in fuel costs, but if you’re looking at purchasing a Grand Cherokee, you’re probably not doing it for the fuel efficiency.

A far more likely option you’re looking at a Grand Cherokee is for the towing capacity. While it’s not going to keep up with what a larger truck can tow, it’s still more than enough to carry your gear to your next outdoor adventure.

Even the base model Grand Cherokee can pull 3,500-pounds, but you’ll have to look into getting a hitch if you’re going to pull anything. If you do get a Grand Cherokee with the tow package, it can pull up to 7,200-pounds depending on the engine model you choose.

However, it still depends on the engine in your vehicle, but even if you get the 6.4L SRT V8, the towing capacity is still capped at 7,200 pounds because of other components in the vehicle. But 7,200-pounds is more than enough for most things you’re looking to pull with an SUV. 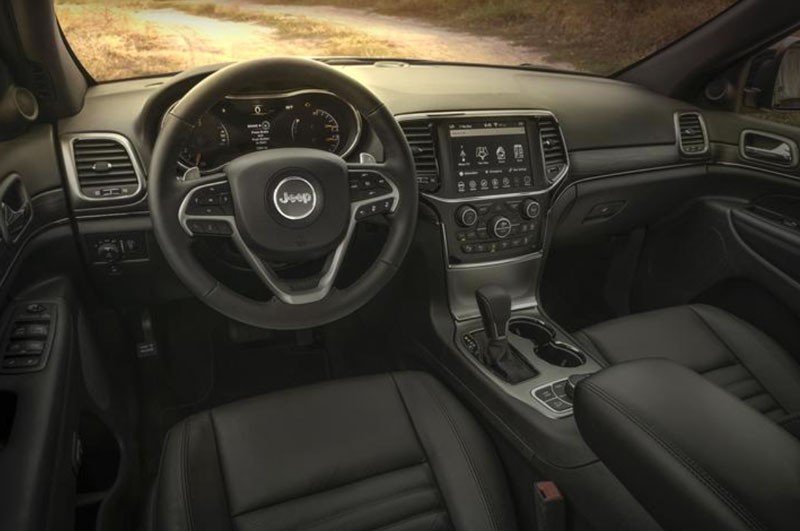 But while color is important to some people, to others it’s the generation that matters more. There are four-generation Grand Cherokees and one of the most notable differences between each generation is the appearance.

We’ll highlight some of the differences between each generation later, but first, let’s dive into some of the capabilities you can find in Grand Cherokees over the last fifteen years.

Performance specs and style options are cool and all, but what really sets modern cars apart from those of the past are safety features. And the Jeep Grand Cherokee has plenty of safety features to boast about. Below we’ve highlighted a few that you can find in these awesome rides.

Backup cameras might not be the coolest thing in the world now that more and more vehicles have them, but there’s a reason they’re so popular. They prevent accidents and make it easier to navigate parking lots. In short, backup cameras can be a lifesaver.

Blind-spot monitoring is another feature that’s becoming more and more standard in vehicles. With a light-up portion of the mirror and an audible beep, they can save you from an accident if you can’t spot that car in your blind spot.

Long trips and loud kids lead to tired eyes and plenty of distractions. LaneSense land departure warning keeps you right where you’re supposed to be to keep you from getting into an accident. While it won’t prevent you from escaping your lane, it can give you enough of a nudge to get back where you belong.

While adaptive cruise control is a far cry from a fully autonomous vehicle, it’s the next best thing. It ensures your vehicle stays a safe distance from the one in front of you, even when you’re using cruise control.

You’ll still need to steer, but your vehicle will slow down and speed up as needed, all while staying under the speed limit and keeping you safe. It’s a huge perk you can find in newer Grand Cherokees.

Over the years Jeep has come up with four generations for their Grand Cherokee, and if you know what you’re looking for they all have a pretty distinctive appearance.

The easiest way to break down the differences between each generation is to give you a quick rundown of the generations, and that’s exactly what we’re going to do here.

When you think of a 90’s SUV, you think of the Grand Cherokee ZJ. With sharp edges and a boxier appearance, it’s not what many people are looking for in a car today, but it certainly has a nostalgic appeal. But considering their age, the mileage is likely to be sky-high.

The exterior edges aren’t quite as sharp with the WJ, and it still has a more throwback appearance. The headlights with the WJ are more modern, as are some of the interior amenities.

The Grand Cherokee WK is likely the oldest Grand Cherokee model you will see on used car lots. The WK has a much more modern appearance, and it has far more of the engine models we listed above.

If you’ve seen a modern SUV, you have a pretty good idea of what the WK2 looks like. It had rounded edges, and the ride sits just as high without feeling just as high.
The Grand Cherokee WK2 has a much sportier appearance, and since some of these models are pushing 10-years old, there’s no reason you can’t get one for a great price.

If you’re looking for a great used SUV to take you on your next adventure in luxury, it’s hard to beat the Grand Cherokee.

They have enough versatility to take you off into the wilderness if that’s what you want, but they also have enough comfort features to where you’ll never feel like you’re missing out if you don’t. So, why not check one out for yourself? Send us a message and check our inventory. Your Grand Cherokee is waiting.