While the Nissan Frontier might not be the largest truck on the market, it tends to pack a punch for its size. Because of this, it’s a well sought-after truck, but there are also a ton of options out there, and Nissan has done quite a bit over the years.

That’s why we came up with this guide to give you a basic understanding of what you’re looking at and hopefully to get you a little more interested in this nifty truck!

What Kind of Truck is the Nissan Frontier?

While the Nissan Frontier might not be the largest truck on the market, it’s not the smallest either. It’s a mid-sized pickup truck, which is the best of both worlds for many people.

It’s large enough to get most jobs done, but it’s not too large to drive up the price. It’s this combination of size and price that makes the Nissan Frontier so popular. 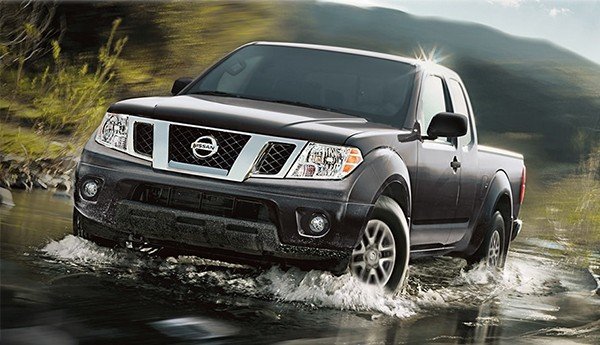 The first Nissan Frontier hit the market in 1998, and while they had a facelift in 2001, it pretty much remained the same truck until 2004. There were two engine options available, the 2.4L 4-cylinder and an upgraded 3.3L V6.

The 2.4L 4-cylinder boasted a modest 3,500 lb towing capacity, while the 3.3L V6 upped that number up to a more respectable 5,000 pounds. It wasn’t the most powerful truck on the market, but it was compact, and it was perfect for smaller jobs.

If you don’t need to haul or tow a ton, these small trucks are still great choices if you can track one down.

In 2005 Nissan released the second-generation Nissan Frontier, and it included quite a few changes. They replaced both engine options and introduced three new choices. There’s a 2.5L four-cylinder option, a 3.8L V6, and a 4.0L V6.

In 2009 they completed another facelift, but it still pretty much remained the same truck underneath the hood. Depending on the trim package, the truck can town anywhere between 3,500 and 6,500 pounds. 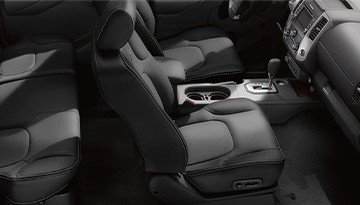 Nissan just released a brand-new Nissan Frontier in 2022, and it kind of simplified things a bit. There’s only one engine with the third generation Nissan Frontier, a 3.8L V6. The towing capacity ranges between 6,270 and 6,670 pounds depending on the cab and bed package you get.

They all produce 310 horsepower at 6,400 rpm and 281 lb/ft of torque at 4,440 pm. There’s no lower-end option with the third-generation Nissan Frontier, so it’s a bit easier to know what you’re getting.

With the Nissan Frontier, there are three cab and bed options to choose from: a King Cab, a Crew Cab with a 5’ bed, and a Crew Cab with a 6’ extended bed. It’s not quite as many options as other trucks out there, but it does give you a few choices to pick from.

The cab and bed configurations do change the towing and payload capacities a bit, but for the most part, the physical configuration is the only difference between the trucks.

Every Nissan Frontier has two rows of seats, but the crew cab offers more space for the second-row passengers. The tradeoff with the King Cab is that every king cab comes with the larger 6’ bed. This gives you more space for work in the back, but if you have more passengers in your they’re likely to be a bit more uncomfortable.

Of course, you can go with a crew cab long bed truck, but then you’re driving a larger truck and typically spending more.

There’s no right or wrong configuration, and since the performance specs are so similar, it’s typically not a deciding factor. It’s just up to you to decide if you want the extra space in the cab or in the bed or if you want to spend a little more and drive the larger truck.

While there are quite a few trim levels for the Nissan Frontier, we’re going to focus on the second-generation Frontier options here. The reason is pretty simple. With the third-generation Frontier hitting the market in 2022, unless you’re purchasing a new one, you’re not likely to find one.

Keep in mind that no matter what trim level you go with, the newer the vehicle the more features it will have. That’s because as new technologies come out, auto manufacturers tend to include more features in lower trim packages.

That’s because while it’s the base package, there are plenty of optional upgrades the original owner could have opted for. Features like the 4x4 are optional on both the Frontier S and the Frontier SV, so it’s possible a base model package doesn’t have one while the Frontier SV does.

When you’re looking at a second-generation Frontier SV, one of the biggest things you need to look out for is whether or not it has the 2.5L engine or the 4.0L V6; later models might have the 3.8L engine in this trim package as well.

There are also a ton of other options that the SV could or could not have. For instance, 4x4 is an optional upgrade at this trim level, as is dual zone-climate control, leather shift knobs, auto-dimming mirrors, and more.

Nissan didn’t produce the Desert Runner every year, but for those they did, there are pretty specific performance specifications. They all feature the more powerful 4.0L engine, but they come with the rear-wheel-drive drivetrain.

But while it’s not four-wheel-drive, it does come with upgraded comfort features compared to both the S and the SV. The features change from year to year as new innovations come out, but compared to other models from similar years, the Desert Runner will have more.

If you’re looking for a truck with a guaranteed 4x4 drivetrain, then the Frontier Pro-4X is the way to go. They have the 4.0L engine equipped in them, and they give you a higher towing capacity of 6,300 pounds.

The final trim package we want to highlight here is the Frontier SL. The Frontier SL is the top trim package that the second-generation Nissan Frontier has to offer, but that doesn’t mean it’s automatically what you want.

You’ll find all the top-of-the-line luxury features compared to other trim packages with the Frontier SL, but if you’re looking for a guaranteed 4x4 and other similar features, go with the Pro-4X instead.

While the Nissan Frontier is generally considered an affordable truck, the reliability scores are through the roof. It’s an affordable truck to maintain, and if something does go wrong, it’s not too expensive to fix things either.

Still, as long as you maintain everything properly, the Nissan Frontier is one of the more reliable trucks on the market. If you properly maintain the truck, it’s not uncommon to see them push 200,000 miles, and if you’re willing to complete a rebuild there’s no reason they can’t last even longer!

If you’re interested in a Nissan Frontier, or if you have a few questions about what’s out there, reach out to Tim’s Truck. They’ll answer any questions you might have, and if you’re looking for a specific Nissan Frontier, they’ll even help you track it down.