Used 2010 Toyota Matrix Base Crossover For Sale In Concord, NH

Awards: * 2010 KBB.com Best Resale Value Awards ** WHOLESALE SPECIAL ** Check out this Great Deal at " AS - IS " Wholesale Pricing!! We need to make room and for a Select Time, Limited Amounts of our Inventory has been Reduced to " AS - IS Wholesale Pricing. These Deals Won't Last Long, so Stop by Mon-Fri 8 to 8 / Sat 8 to 6, However we are Closed on Sundays.

Model Overview
The 2010 Toyota Matrix comes in 3 trim levels, which are the same as they were in 2009: the base, the S, and the XRS. All 3 come with front-wheel drive standard, but all-wheel drive is an option for the S. For 2010, the 1.8L inline 4-cylinder engine with 132 horsepower is available only on the base model. The 2.4L 4-cylinder with 158 horsepower is standard on the S and XRS models. Both engines still use the VVT-I variable valve timing system to improve engine response and fuel efficiency.
The transmissions available in 2009 carry over for the next year as well. The base and S models offer the choice of a 5-speed manual transmission or 4-speed Electronically Controlled Transmission (ECT) automatic, though the AWD S is only available with a Super ECT four-speed auto transmission. The XRS can be had with either a traditional 5-speed manual or a 5-speed automatic with gear-by-gear up- and downshifting.

In normal conditions, the optional all-wheel drive system in the S trim sends all the power to the front wheels, helping the vehicle behave like a front-wheel drive vehicle until conditions warrant a change. When necessary, it uses active torque control, which receives signals from the anti-lock brakes and distributes power to the wheels that need it most.

Fuel estimates for the 2010 Matrix are impressive. The base level trim with the 1.8L engine and 5-speed manual gets a big 26 city, 32 highway, while the all-wheel drive S gets slightly less at 20 city, 26 highway. Even the sporty XRS with the 5-speed automatic gets a respectable 21 city, 29 highway.

The big change in features for 2010 is the addition of Vehicle Stability Control (VSC) and traction control (TRAC) to the list of standard features for all trim levels of the Matrix, along with electronic brake-force distribution. Other standard features for the entire line include air conditioning, tilt/telescopic steering wheel, heavy duty rear defogger, color-keyed outside mirrors and intermittent wipers. Front, seat-mounted side, and front and rear curtain airbags are standard on all Matrix models, as are seatbelt pretensioners and active headrests. 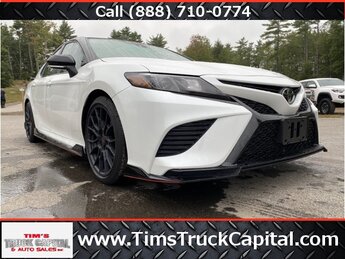 2010 Toyota Tundra Grade
Blue
* Pricing - All vehicle pricing shown is assumed to be correct and accurate. Incentives, credit restrictions, qualifying programs, residency, and fees may raise, lower, or otherwise augment monthly payments. Additionally, incentives offered by the manufacturer are subject to change and may fluctuate or differ based on region and other considerations. Unless otherwise noted or specified, pricing shown does not include title, registration, or tax fees and costs.

* MPG - Vehicle information, as well as features and other inclusions, may vary by model and are based exclusively on standard equipment. No claims, warranties, or guarantees have been made related to the accuracy of customer payments, model equipment, or vehicle pricing. Please call with any questions you might have and to reassert the accuracy of any information presented here.
Close
Close