Say you’re looking for a great all-around vehicle. It has the versatile capabilities of a crossover, the smooth ride and handling of a car, and the all-weather security and off-road capability that helps you conquer the wilderness when you want to get away from the day to day. You’ve just described the Subaru Forester SUVs at our dealership in Epsom, NH. Read on to learn more about a vehicle that really offers the sport and utility in its name. 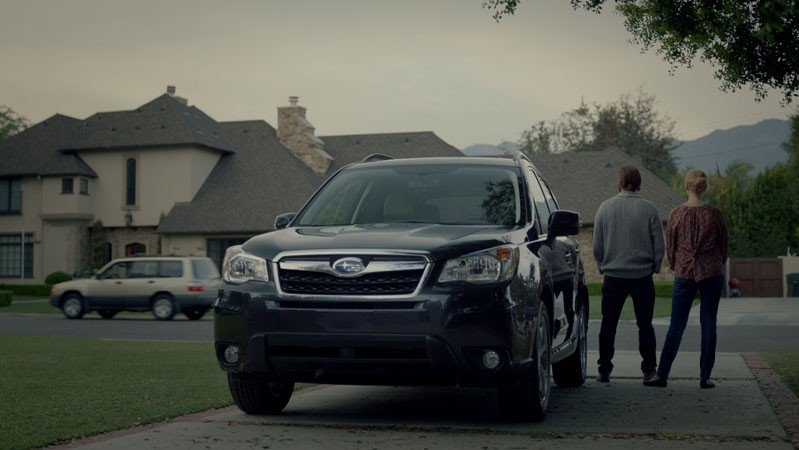 Built both for comfortable commutes and conquering camping trails, the Subaru Forester puts out exciting performance for an SUV of its size. At the heart of that performance are the two engines found in Forster models.

Forester models with 2.5 in the name come with a 170-horsepower four-cylinder engine that gives you a smooth, snappy ride for easy city driving.

The more powerful 2.0 models have a turbocharged 2.0-liter, 250-horsepower engine that delivers even better performance for highway driving and hill climbing.

The Forester features a standard 6-speed manual gearbox over the optional continuously variable transmission (CVT). Subaru is one of the few SUV makers continuing to offer a manual in a compact crossover. That gives you more flexibility in your buying options. The turbo 2.0XT can only be obtained with the CVT. Luckily, you can use the SI-Drive system to make the car behave as though it has a 6-speed or 8-speed automatic transmission, and it includes paddle shifters to produce quick "gear changes” that give you a tight response to your driving.

The Forester's capable roadholding is best shown off by the more powerful turbo engine. This Forester gives you a comfortable ride and cushions abruptness over large bumps. It now has especially good body control, as well as very well-tuned and nicely weighted rack-mounted electric power steering.

Considering the toughness of the little SUV, and its cargo capacity for weekend outdoor gear, that's a win. We might still prefer a Mazda CX-5 if we were using it entirely on pavement, but for any off-road or trail use, the Subaru gets the nod. The Forester's rugged trail prowess includes 8.7 inches of ground clearance and approach and departure angles that even off-road purists won't quickly dismiss. For additional security in off-road conditions, Subaru has added a function dubbed "X-Mode" that distributes power left to right at low speeds—supplementing the all-wheel-drive system’s standard front-to-back distribution. That function, plus impressive approach and departure angles, let Subaru’s utility wagon play on some of the same hills as competitors from off-road stalwarts Jeep and Land Rover.

Back on the pure performance side, Subaru's SI-Drive system offers three modes— Intelligent, Sport, and Sport Sharp. These modes tweak the way the Forester’s accelerator and powertrain respond to driver inputs. Sport Sharp transforms the 2.0XT's CVT into what feels like an 8-speed automatic, with snappy shifts and manual control via steering-wheel paddle-shifters (not offered on 2.5i models). In both the Intelligent or Sport modes, there are instead 6 simulated gears available via the paddle-shifters.

If you’re going for the standard 2.5i model, the CVT will be more than enough for most tasks. Plus, the mechanically split all-wheel-drive system makes the Forester a little more fun, as well as a little more predictable, whenever traction gets scarce. If you want to go with the greater performance of the XT, though, the CVT is livable and unobtrusive, and its simulated 8-speed mode really redeems it.

The Forester has earned high praise for it’s ratings on crash tests and available safety equipment. The federal government also gave the Forester great marks, earning it a five-star overall rating in every test except the frontal impact test, where it earned four.

Critics say the Forester has fewer compromises than comparable (and pricier) vehicles from competitors. It’s a perfectly practical for families and adventurers, with plenty of room for five people and quite a lot of their gear. Many drivers will never discover the true power of the Forester’s off-road capabilities but a great way to put them to the test is to see how great this SUV handles winter driving.

All Foresters, even the base 2.5i model, offer Bluetooth hands-free calling, audio streaming, a rearview camera, and a 6.2-inch touchscreen for basic infotainment functions. 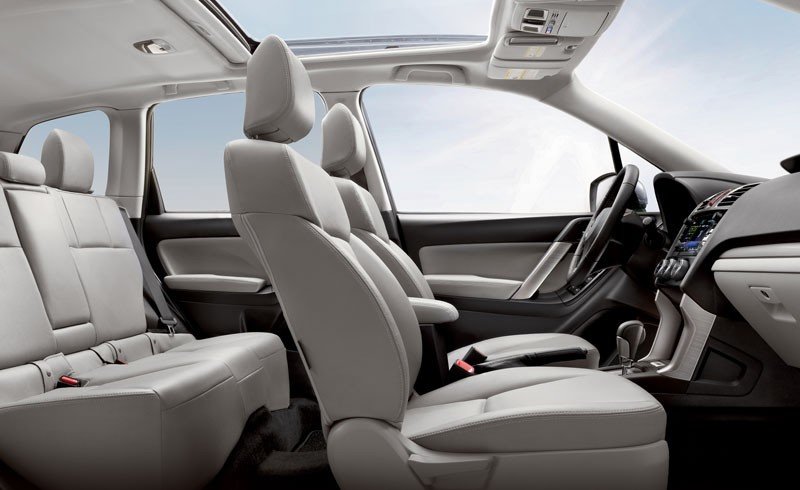 There’s a lot to enjoy in the new Forester like an available large panoramic moonroof to give everyone a wide-open feeling and the all-new STARLINK™ Safety & Security connected services that can promptly send first responders when an airbag deploys, help police locate your vehicle if it’s stolen, and more.1 STARLINK ™ in-vehicle technology also gives you instant access to music, maps, news and text messages through the touchscreen or voice commands without ever touching your phone.2

There’s a standard 4.3-inch, full-color infotainment display, which offers integration with your smart devices and crucial information about vehicle settings. A standard Rear-Vision Camera also displays on the audio system screen to help you safely reverse, while the available touchscreen navigation system is there to help you find your way no matter your route.

The five-seat Subaru Forester has a stylish and well-built cabin that offers a quiet ride among spacious views. The seats are comfortable and provide plenty of room– even the back row has enough legroom for fairly tall passengers. Subaru has improved the noise suppression, with more insulation behind both the door panels and the instrument panel. Taller drivers may find the front lower seat cushions a little short, but rear passengers have plenty of legroom and the rear seat back folds close to fully flat with a simple one-touch mechanism.

The Forester has up to 74.7 cubic feet of cargo space, which is great for the class. A bonus for those with large families, the Forester can accommodate three child safety seats. The outer rear seats each have a complete set of LATCH connectors. The rear middle seat has an upper tether anchor and the ability to borrow one lower anchor from each of the outboard seats.

The Forester’s simple, handsome shape manages to be modern without excess flash. Smart shoppers will notice that it excels in subtle ways that many may overlook. Among compact all-wheel-drive vehicles, it’s relatively fuel-efficient, but it offers remarkable interior volume—both for people and their cargo. Its consistently top scores on safety tests are better-known; this year it’s again an IIHS Top Safety Pick+. The Forester measures just over 15 feet from end to end. Weight ranges between 3,296 and 3,651 pounds, depending on the configuration.

The 2.5i Premium adds a 7.0-inch version of the new corporate infotainment system, 17-inch alloy wheels, and a 10-way power driver’s seat plus reclining rear seatback. Manual-gearbox Premium models have the All-Weather Package as standard; it’s an option on CVT-equipped versions.

Moving up to the Limited model, the CVT is mandatory but you add automatic climate control, an upgraded instrument cluster, perforated leather seats, a leather-wrapped steering wheel and shift knob, fog lamps, and a power rear liftgate.

The top-of-the-line Touring model adds premium audio and infotainment. It comes with an eight-speaker, 440-watt stereo, plus keyless ignition and a single-touch folding rear seat back.

The Forester 2.5i, the base model, comes with all-wheel drive, Subaru's Starlink touch-screen infotainment system, cruise control, and a rearview camera. The 2.5i Premium adds a few features, including power-adjustable front seats, reclining rear seats, and a panoramic moonroof.

The 2.0XT Premium comes with the same features as the 2.5i Premium, but it adds a more powerful turbocharged four-cylinder engine.

The 2.5i Limited is the lowest trim that comes standard with a continuously variable automatic transmission (it was an extra-cost option in the lower trims when the car was new). It also adds a power liftgate, leather seats, and a leather-wrapped steering wheel.

The 2.5i Touring trim comes with keyless access, push-button start, dual-zone climate control, a Harman Kardon stereo, and power-folding back seats. The top-of-the-line Forester 2.0XT Touring has all of the 2.5i Touring's features, plus a stronger turbocharged four-cylinder engine.

It’s hard to say enough good things about this incredibly capable SUV. Far from an outlier, the Forester showcases the same quality you will find in all of the Subaru SUVs at our dealership. If you are in the market for a powerful, reliable vehicles at affordable prices look no further than Tim’s Truck Capital. We guarantee our deals on Forester SUVs are some of the most compelling in Southern New Hampshire. We also know you may be in the market for a similar but altogether different vehicle. No problem at all. Feel free to look through our online inventory or give us a call so one of our friendly staff members can help you find the Truck or SUV you’ve been looking for.