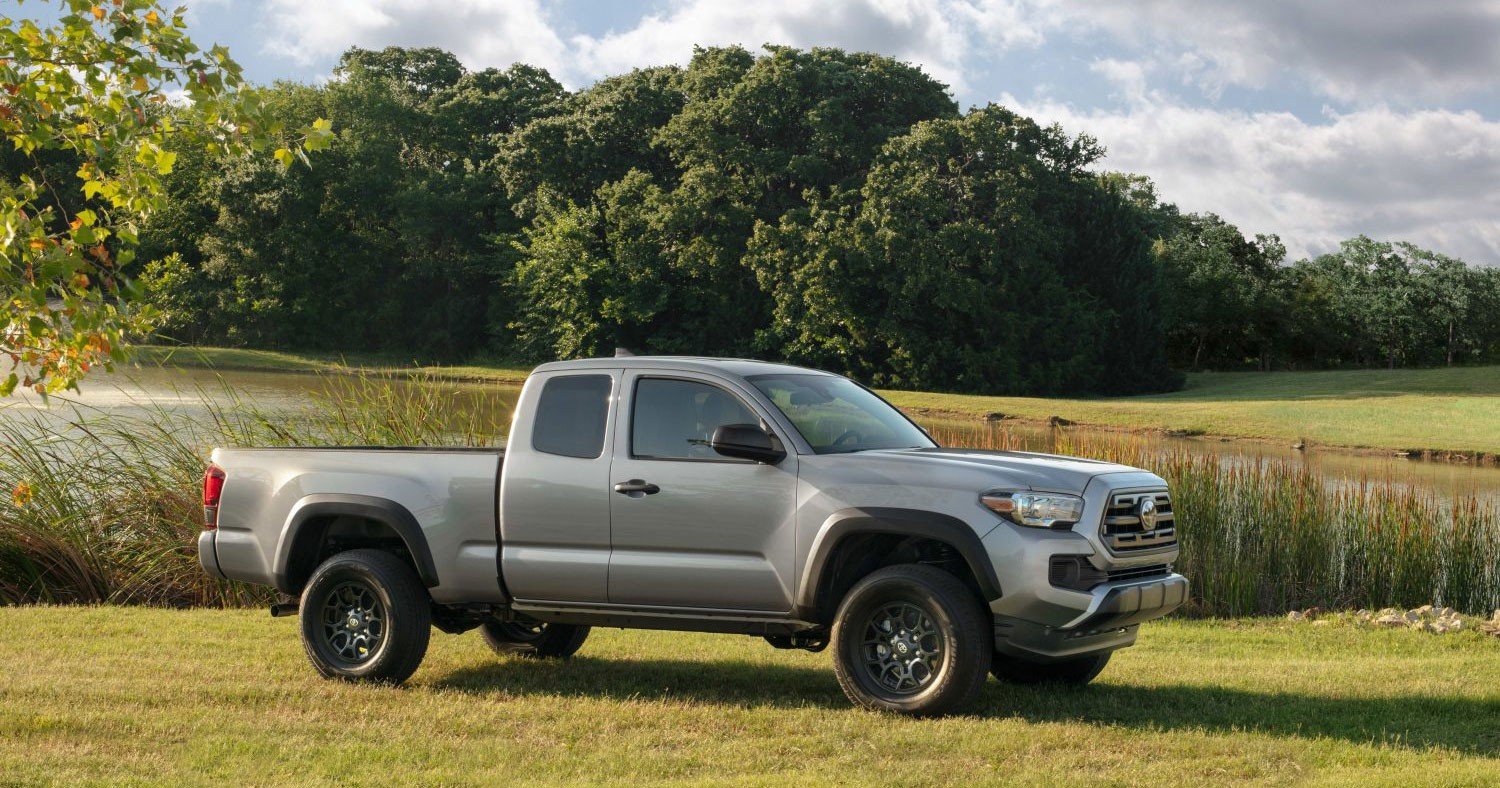 Truck Of The Year

The Toyota Tacoma is a versatile pickup truck with a good towing and hauling capacity. The truck can be used for both work or play. It does well on any type of terrain and has long been acknowledged as having a powerful engine and durable transmission. The Tacoma has long had excellent infotainment, safety and driver assistance technology. The pickup truck has consistently improved its interior and exterior features as well as its ability to do more work and keep the occupants informed and well entertained. In 2005, the Toyota Tacoma was so highly considered it was voted Truck of the Year by Motor Trend. 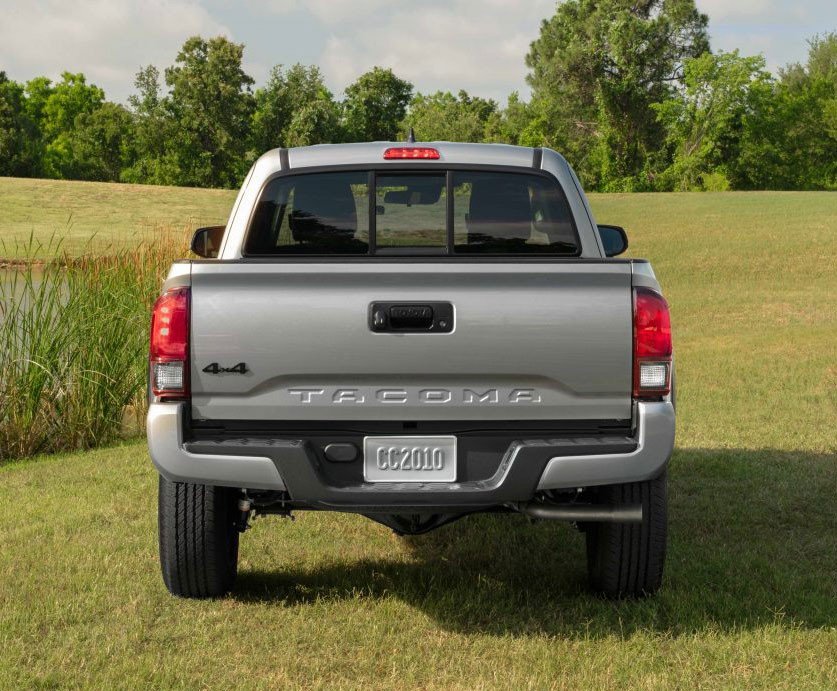 After Toyota launched its fifth generation pickup truck in 1988, they immediately began the development process that resulted in the creation of the Tacoma early in 1989. From 1990 to 1992 Toyota had California based Calty Design Research do the design work. In 1993 Toyota filed a production design patent in Japan. Later that year the company filed a production design patent in the United States. The final form of the exterior of the Tacoma was decided on in 1992 and the entire design process was concluded in 1994 and then the Tacoma was launched in 1995 to replace the Toyota Hilux.

The Engine And Transmission

In its first years of production, the Toyota Tacoma had excellent sales numbers. The truck was particularly attractive to young buyers. In fall 1996, some minor upgrades were made to the headlights on the two-wheel drive models of the Tacoma. Two cosmetic facelifts were also done to the truck's grille and the tailgate badging and emblems. The switch to a distributorless ignition and longer leaf rear springs were the first mechanical changes. In 1997, passenger-side airbags were added to the Tacoma and the airbag on the driver side was 'depowered'. After the 2000 model year most 4X4 models got the Toyota Automatic Differential Disconnect system. 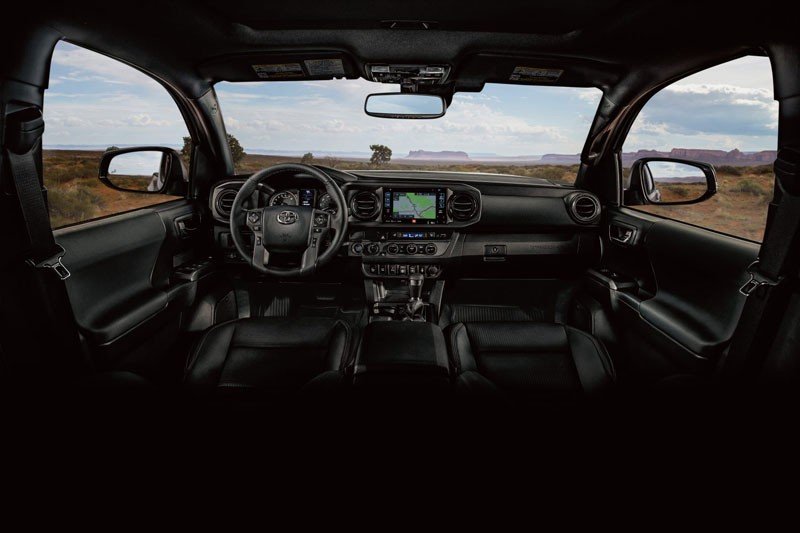 In the 1998 model year, Toyota added the PreRunner model to the Tacoma. The PreRunner has a 2WD with the taller suspension and the four-wheel drive lug pattern. The four-wheel drive model also has the TRD Off-Road Package available. That includes a locking rear differential. A new four-door crew cab with Tokico gas shocks was designed by Yusuke Fukushima in 1998. It was officially called the Double Cab model. The extended cabs had two doors and Bilstein shocks. The extended cab had a 6 foot bed and the crew cab had a 5-foot-5-inch bed. Many customers were not happy with the small crew cab beds.

In October 2000, Toyota decided to give the Tacoma a front facelift. The Japanese auto manufacturer also unveiled their brand new S-Runner trim package. The package includes a 3.4 liter V6 engine. It also has 16-inch alloy wheels, as well as a five-speed manual transmission that features Tokico gas shocks. Between September 2000 and August 2004, Toyota only produced 800 of the vehicles each month. By 2003 sales of the Toyota Tacoma had increased by 16.5% over the previous years. Over the next few years Toyota's Tacoma steadily grew in popularity. By 2004, the Toyota Tacoma was more popular than both the Dodge Dakota and the Nissan Frontier and just behind the Ford Ranger in sales.

Toyota introduced a bigger, more powerful Tacoma during the Chicago Auto Show early in 2004 as the 2005 model. It came in 18 unique configurations. It had two engines, one was a 4.0-liter, 236 horsepower, V6 with 266 pound-feet of torque and a 2.7-liter, 159 horsepower, 4-cylinder engine with 180 pound-feet of torque. Four transmissions, a 4-speed automatic, a 5-speed automatic, a 5-speed manual and a 6-speed manual. Three cab configurations, regular cab, double cab and access cab and two bed lengths, a 6 foot long bed and a 5 foot short bed. It has a 6,500 pound tow rating and a 1,650 pound payload capacity.

Toyota replaced its slow selling S-Runner trim with the X-Runner trim. It featured a six-speed transmission, an X-Brace suspension package, 18-inch alloy wheels, Down Hill Assist Control as well as Hill-Start Assist Control. It featured models equipped with the optional Off-Road Toyota Racing Development (TRD) package. Braking is automatically applied during downhill descents. HAC also prevents the truck from rolling backwards when on hills. A rear locking or limited-slip differential were optional features. All of the Tacomas were manufactured using a composite inner bed, a deck rail system, hook-pin, four tie down cleats and storage boxes. Tacomas equipped with the TRD package also have an in-bed AC 115 V/400 Watt power outlet. The tie down cleats can hold down 220 pounds.

The 2006 model of the Toyota Tacoma made some options standard. In 2007, Toyota added 2 brand new interior colors. The 2009 model Tacoma added safety features and eliminated the mechanical limited-slip differential and replaced it with an open differential. TRD off-road models are equipped with locking rear differentials. The grille on some 2009 Tacoma models were slightly revised and new LED tail lights were added. The TRD Off-Road as well as the TRD Sport models have smoked headlight trim. Plus, auxiliary audio input became standard equipment. The Access/Double Cab trucks added two ceiling mounted speakers, an available backup monitor and four new exterior colors.

In the 2012 model year the Toyota Tacoma was refreshed. Its front bumper, grille, headlights, hood and interior were restyled. Even the Tacoma's SiriusXM radio's shark fin antenna were restyled. The 2013 model year Tacoma has a touchscreen audio system and the shark fin antenna and the SiriusXM radio capability are removed unless buyers install Toyota's optional Entune package. The 2014 Tacoma models have a new SR trim and with the 2015 Tacoma models Toyota discontinued the regular cab model.

Some of the standard safety features on the Toyota Tacoma include anti-lock brakes, brake assist, as well as electronic brakeforce distribution. A rollover sensor was added on the 2008 Tacoma to deploy its side curtain airbags should it be involved in a rollover accident. The Tacoma also has the opportunity to add optional side airbags. All Toyota Tacomas have Toyota's Star Safety system starting with the 2009 model. It also adds traction control and Vehicle Stability Control. Standard safety features now include side curtain airbags and side torso airbags in the front row.

The third generation Toyota Tacoma has an exciting new exterior profile with a large new grille and projector-beam headlamps. It has a redesigned tailgate and bed as well as an infused spoiler. It also has new character lines and a new air dam up front. More high strength steel was added to the Tacoma's frame to increase rigidity and reduce weight. Updates were also made to the truck's suspension, rear axle and rear differentials to improve the Tacoma's road manners and keep it off-road capable. The Toyota Tacoma is available in 6 different trims. They are the SR, the mid-level SR5, the TRD Off-Road, the TRD Sport, the Limited and the TRD Pro.

No matter what year or model Toyota Tacoma you want, talk to the experts at Tim’s truck. They have an extensive inventory of Toyota Tacomas from which you can choose.